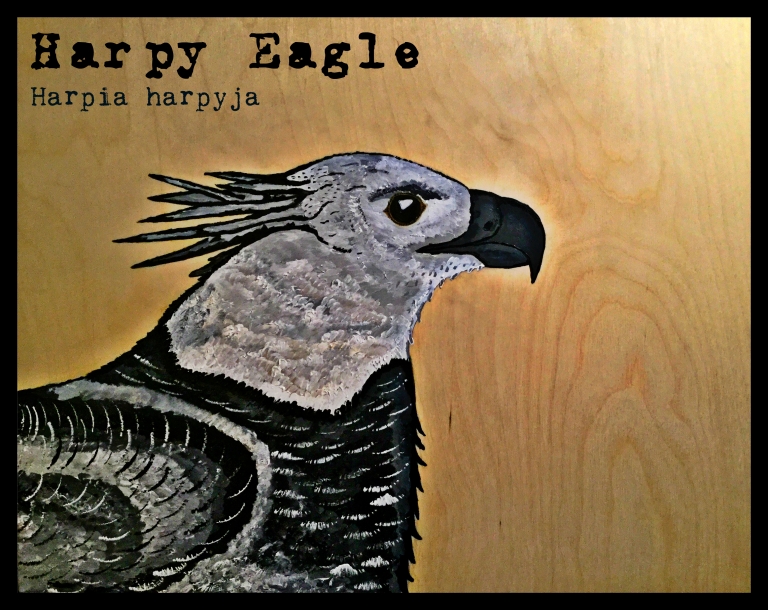 I wanted to paint this bird to scale but didn’t have any panels large enough so I settled for a portrait on a 16×20″.  With talons as long as a grizzly bears claws and a wingspan of over 5 feet. The Harpy Eagle is an apex predator and can be found hunting in the treetops of tropical and subtropical forests. From southern Mexico south to Brazil and Argentina. Their diet consists largely of various sloth species and monkey species, including capuchin, howler, spider, and squirrel monkeys.

If you’re not in South America and you want to see these birds in action then check out “The Hunt” on Netflix. Another great nature doc narrated by Sir David Attenborough. Season 1 episode 3 has a great segment on Harpy Eagles. The whole show is awesome and in the same episode is a great segment on Cooper’s Hawks.

I just picked up some great books on African birds of prey and I’m excited to get lost in them. I’ll find us some good birds. Thanks again for looking at birds with me. 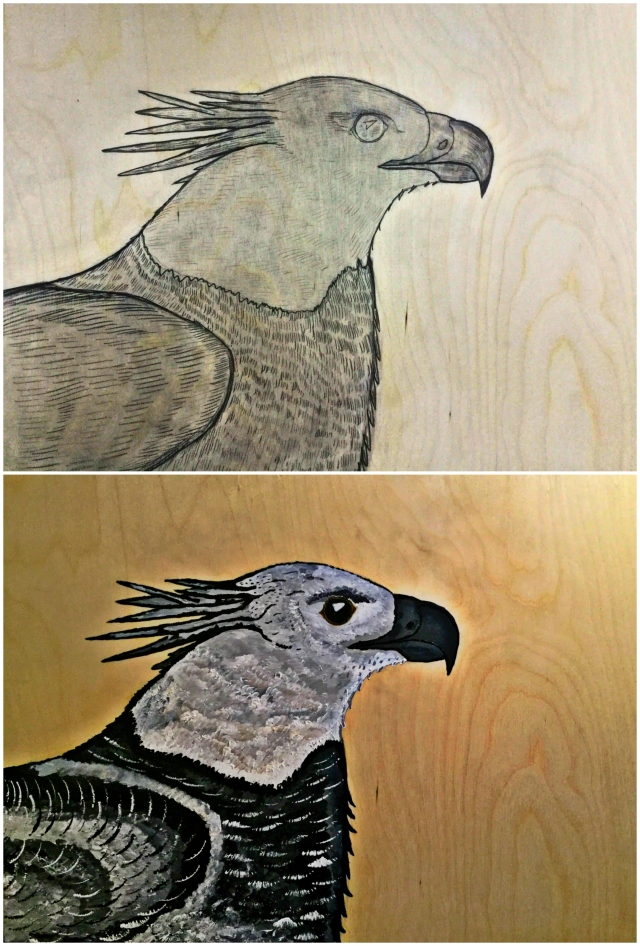