This apex predator is a rare sight in the rainforests of South and Central America. They hunt mostly large mammals such as monkeys and sloths. They also take large birds, lizards, and snakes. They hunt from a perch then attack from a stoop. Striking their prey with talons as large as grizzly bear claws. Arguably one of the strongest eagles at least in its range. Distinguishable by its two crests on each side of its head. Both sexes are alike in plumage but like many other raptors, females are larger.

They build large stick nests as high in the canopy as possible. The average clutch is two eggs. Young Harpy Eagles are dependent on their parents for over a year after hatching so most pairs mate biyearly. 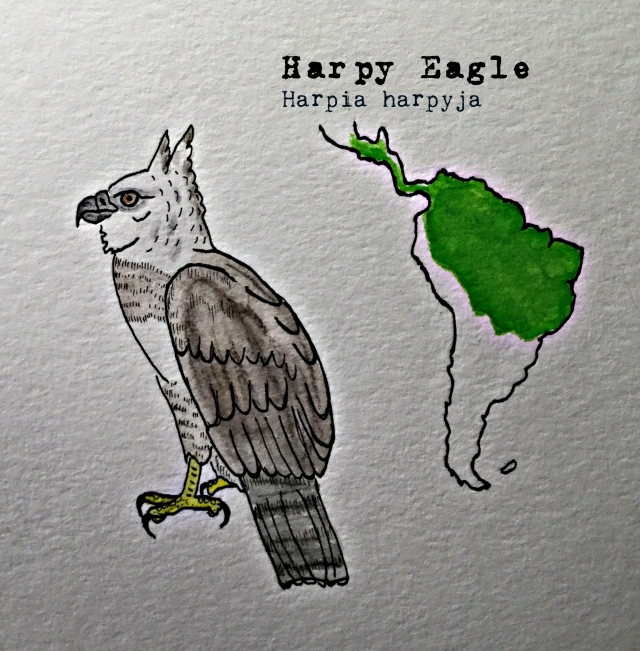 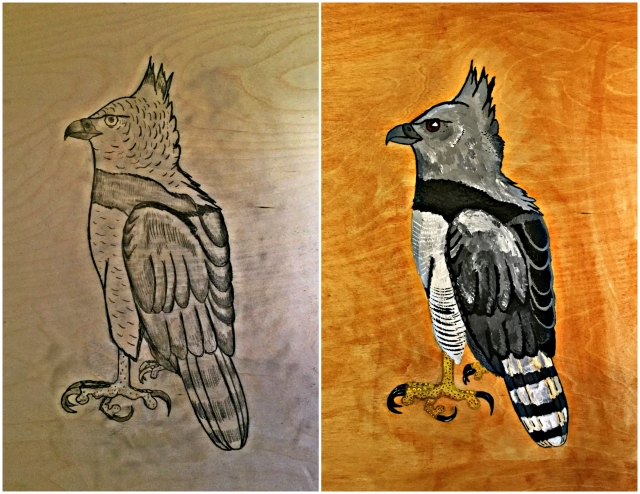 We took our first look at harpy eagles here back in September of 2017. Since then I’ve finished up a few more illustrations and readings and decided it’d be fun to make another large harpy eagle painting. So thanks for taking another look at this apex predator of the Central and South American rainforests with me!